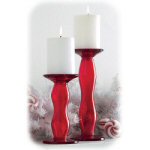 We had a nice Christmas. The turkey turned out great (thank you, Jamie Oliver,) the chocolate cake we had instead of fruit cake (all of us hate mixed peel,) was moist and the champagne was flowing. My sister, Millie, was following her drug regime and was pleasant and chatty. We ate, joked, sang Christmas carols, and played charades. After pulling both ‘Gwyneth Paltrow’ and ‘Homer Simpson’ out of the charades hat, I now have a newfound respect for those who participate in improvisational theatre.

My Aunt took Millie home. I got a panicked call shortly after they arrived to say Millie’s estranged ex was waiting on the doorstep, noticeably drunk. Millie wanted to let him in but my Aunt was refusing. Aunt Jo is a strong woman but she is 65 and not really up for a tussle on a doorstep in suburbia on Christmas evening. Yet somehow she managed to get she and Millie inside the house where they double bolted the door.

The ex hung around for over an hour, hovering like a bird of prey, eventually disappearing into the night. Millie and Aunt Jo relaxed, thinking he had decided to leave them alone until they heard the sound of glass being smashed. The ex had gone round the back and broken one of the bedroom windows. He was attempting to climb through when Aunt Jo attacked him with a copy of the Yellow Pages. She beat him so hard that he fell backwards, cutting himself on the broken glass. Aunt Jo dropped the phone book in shock, yet was unable to disregard the irony of it falling open at the section on security padlocks and windows.

Millie called the police and the ex was hauled away leaving a trail of mindless insults in his wake.

You’re nothing without me. No one else will want you. You’re a psychotic. You’re so ugly not even a blind man would find you attractive. You’re old and alone and childless. I never really loved you.

Millie was devastated. Despite all the recent troubles, she still loves him. She thought they had a chance to reconcile. After over an hour of heated argument on the phone on my part, I managed to convince her not to take him back – EVER – and to press charges. The police are holding the ex for two days. I am hoping when he gets out tomorrow that he doesn’t immediately go over there and cause a ruckus. I’m fed up with it. I’ve worked so hard over the past few weeks to help my sister resolve her mental health issues and I will not have that progress compromised by an alcoholic buffoon.

Aunt Jo is staying with Millie for the next few days. She is keeping a baseball bat under the bed. I have come down with a case of the ‘flu and am feverish and slightly irrational. The whole situation is beginning to resemble a very absurd French farce. All over the house I have candles burning, lit as an offering to all the gods I can think of in an attempt to ensure my sister’s protection. I can’t sleep for fear of the smoke alarms going off.

Sometimes the price of love is very little – a smile, a touch, a gesture of affection. Sometimes the price of love is too much – manipulation, control, coercion. Millie rang me half an hour ago, assuring me she would not take the ex back even though he’s the only man who has ever told her that he loved her. This pronouncement of love is what she craves more than anything else in the world. It is a timeworn desire. So all night I will pray, ungracious with desperation, that overnight her ex will be struck dumb and will not be able to tell her he loves her in the morning, causing her resolve to waver. Take his voice from him, I pray, coat his tongue with paralysing ashes, make him mute; for the price of his words of love is far too great for my sister to bear. Oh Lord, hear my prayer……