Before I begin today’s post I would like to thank the following people for giving me these awards:

Lissa gave me this cool award: 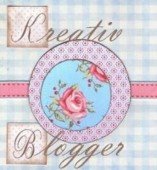 Lissa is one of the main writers at Search Engine Stories and I really think she is going places. Check out her blog Just Writing Words and you’ll see what I mean.

She is also a brilliant photographer.  Look here and here to see why.

I also received an Honest Blogger award from Bekki at Nectarville (sorry, the graphic’s gone astray) which I am very pleased about because everyone likes to keep it real. Right? Check out Bekki’s blog – she writes about a wide variety of things but I feel her strength lies in her poetry. Thanks, Bekki. I really do appreciate it.

Ages ago, when the earth was still young, my dear friends Karen & Lauri gave me this award:

I apologise for taking so long to acknowledge both of you. I do appreciate your friendship. Thank you.

I’d like to give both the I Heart award and the Kreative award to dearest TBall who has a lot to deal with at the moment. I will admit to being a tad worried about her. I hope this cheers you up a little, Terry.

You probably remember the posts I wrote about my friend Mel’s foray into online dating. Well, it is still going well. James is a lovely guy. In fact, if I were to pick out a guy for Mel myself I couldn’t have made a better choice.

There is one blot on the landscape, however. A rather large blot. James’ former mother-in-law.

James’ wife died ten years ago. A horrible death as a result of anaphylactic shock. Mel is the first person he has dated since. All of his family and friends are delighted about it. His former mother-in-law is not.

When I heard this story it was one of those things that really appealed to the writer in me, a definite truth is stranger than fiction moment.

James and his former mother-in-law have kept in touch for the past ten years. They talk every now and then on the phone but meet once a year on his deceased wife’s birthday for dinner. Susan lost her only child ten years ago and her husband five years ago. She is alone. She has told James that all she has left are memories of the past and for ten years she has ensured that was all James had left too.

I thought of them sitting together for that annual dinner playing the Do You Remember When? game. It’s a scene lifted straight from a Hitchcock movie, I think. I find myself squirming in my seat as I imagine how it would play out. James doesn’t enjoy the dinners. He won’t ever forget his wife but he is tired of delving deeper and deeper into a wound that was beginning to close over in order to discover another layer of grief.

James missed the last birthday dinner. He forgot. He went away to the south coast with Mel. They saw dolphins and ate fish and chips on the beach. Susan rang him ten times accusing him of disrespect, infidelity. When Mel returned to her place on Sunday evening a note had been shoved under the front door that read  SLUT. Written in red as if  to suggest Mel was a scarlet woman.

James mentioned to Susan he was seeing Mel and that she lived near Susan’s place. Somehow, Susan figured out where Mel lived.

I am alarmed that she is so ticked off that James is attempting to find happiness. It has been ten years after all. How long is one meant to grieve before it is acceptable to move on? How long until clipped wings grow back and need to fly again?

Mel is nonchalant, sympathetic. ‘She’ll get used to it,’ she says. But I wonder. I am apprehensive of a woman who carries a shrine to her dead daughter around on her shoulders, who forces a man who needs some light in his life to sit through a yearly dinner full of awkward silences and sombre looks.

21 thoughts on “Grief and Other Animals”