I am a regular visitor to my local secondhand bookshop. It really is a delightful place to visit. Wide, polished floorboards, shelves from floor to ceiling full of the most interesting, fascinating things. The books in that shop are pieces of history.

I found a book today from the 1940s about flower arranging and plants to cultivate that make your garden more attractive. I bought it mainly for the illustrations – 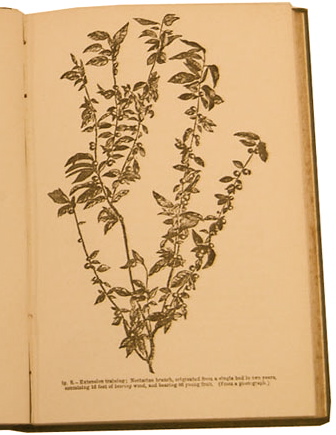 but there was a little gem within.

Lately I have started buying books with inscriptions:

To Susan on her birthday

that kind of thing.

I like to imagine who it was that bought the book as a present for someone they held dear; and I wonder if they ever imagined I would buy that book forty years later for as little as five dollars and that it would be as much of a gift to me as it was to the person who originally received it.

My book about flower arranging was inscribed :

To my dearest Frances Gray, on our second wedding anniversary.

My undying love, Your James.

In the middle of the book, written on a wafer thin slip of paper, in ink still legible but extremely faded were the words –

out in the dark lies my heart

as faded as the blooms of summer

Had he broken her heart?

Had he been untrue?

Had something happened to him during World War Two?

Was Frances merely just a budding poet? And if she was, don’t you think she showed great promise?

I suppose I’ll never really know, but what a lovely evening I have spent poring over my sixty year old book and wondering…..