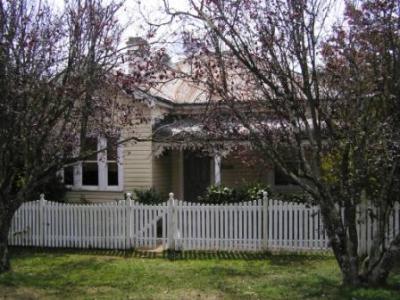 We enjoy several toasts to Jules’ mother whenever we visit. I’ve probably mentioned the story before but it bears repeating. Jules come from a wealthy family. She is an only child and is estranged from her mother.

The reason for the estrangement is sad – Jules’s mother doesn’t approve of the man Jules married. Not only is he a musician and a vegan, but worst of all, he has no money.

It doesn’t matter that he and Jules have been happy for 15 years, have two beautiful children, and that there has never been so much as a cross word between them. He ain’t got the money, so his mother-in-law ain’t got the time.

It’s a situation that causes Jules a lot of sorrow. Every year she takes birthday and Christmas presents round to her mother and leaves them with the housekeeper. They are not from Tiffany & Co or Prada as her mother would expect, instead they are irreplaceable, priceless things the kids made at school or photos in home-made frames.

Every year the presents are returned unopened. Jules hides them all in the attic so the kids don’t find out.

Jules father died five years ago. He left most of his money to his wife but did leave Jules the holiday house. Jules’ mother broke ten years of silence to voice her displeasure at the inheritance, but there was nothing legally she could do.

I never see Jules get angry over the way her mother treats her except when she comes to the house her father left her. It is as if the house allows the act of release she needs.

A few years ago when I was embroiled in one of my usual skirmishes with my mother, Jules and I went to the beach. It was a really windy day. Our hair was whipping around our faces like wet ribbon. The air was grey and white. The sea was so loud it put itself in our heads in place of our thoughts. We ran right to the water’s edge and screamed about our mothers. The sense of catharsis was incredible.

We always experience a similar catharsis in Jules’ holiday house. The unhesitating bushland that surrounds us urges us to get everything out. It is the only place we feel safe to do so as if in our homes in the city the walls have ears.

We know the house is a thorn in Jules’ mother’s side. So we toast Jules’ mother unreservedly. Unashamedly. For wanting a piece of property more than a relationship with her grandchildren. For not wanting to build bridges. For the silence that continues to surge. For all that could have been. But most of all, for failing to realise that life is too short.

20 thoughts on “A House In The Country”