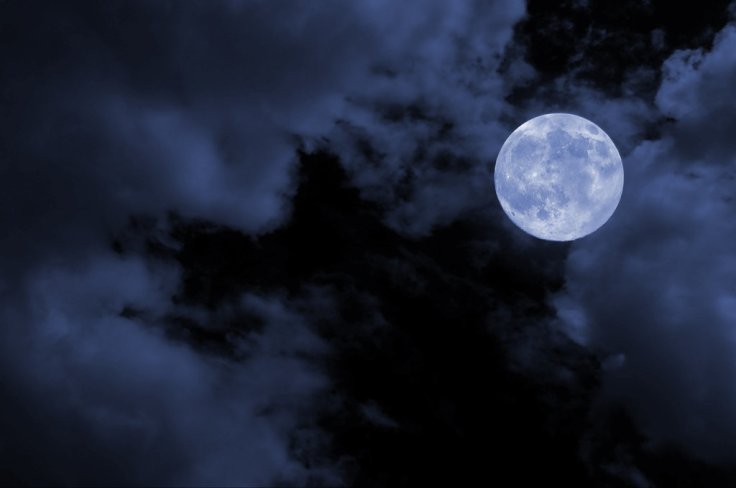 The smoke in the house was bitter. Isolde could smell it in her clothes, her hair as she set the tables for the morning. It was the kind of smoke that resembled fingers, clutching, pressing on your throat. It was sweet to begin with but quickly turned acrid as grave dust.

The household had been preparing for the blue moon for months. It was the time when the power of the witch was heightened to well above its maximum potential, when every spell cast could not fail. It was more potent if it occurred at the end of a decade. Lulubel had run a big marketing campaign on Facebook and Twitter, had bought ad space on Google and set up a website –Spells R Us – she had called it. So tacky.

Isolde had doubted that people would pay good money for spells they couldn’t see, wouldn’t immediately get results for. It’s not as if the power of a witch could be packed up in a box, but the campaign had proved successful. People were crazy for the occult these days, it was all Harry Potter this and Twilight that. She had even heard girls at the coffee shop discussing the hotness levels of the vampires in True Blood. I’d love to have a vampire boyfriend, said one girl as the other giggled. That’d be the ultimate in sexy.

You have no idea, Isolde thought. A real vampire would rip out your throat, dismember you, then suck on your bones as he watched television – Ellen Degeneres probably; real vampires couldn’t resist talk shows. Many of them held fantasies of storming into studios and killing the entire audience at once. A television studio with all its alarms and doors that only opened one way was like a meat market for vampires. A human meat market. The only thing more enticing was the Intensive Care Unit in a hospital. Or nap time at a Kindergarten.

Lulubel was smugger than the kitchen cat when Cook slipped him real salmon fillets. Spells R Us had attained a Google ranking of 8 out of 10. The spells were walking out the door. Lulubel had been invited to appear on the Shopping Network. She’d had hair extensions put in and had Agatha cast a glamour on her so that people couldn’t help but hand over their money when they saw her. Isolde had protested about the ethics of using a spell to sell spells, but Lulubel had waved her concerns away with the curve of a deeply manicured hand (she actually had fingernails with broomsticks on them.)

There is no place for ethics in the modern world, she said. All that crap about not using witchcraft for personal gain and being careful about what you send out because it might come back to you threefold is a load of codswallop. Ethics, schmethics. Modern witchcraft is all about the bottom line, maximising your sales potential and promoting your brand. It’s all about our share of the market, not about what flies about in the ether. Get with the program, Isolde.

Isolde knew the batshit was really going to hit the fan when Lulubel got a call from Oprah. She had bought a Think Yourself Thinner package and wanted Lulubel to appear on the show via Skype. Lulubel preened herself like a 17th century aristocrat, getting Agatha to cast another glamour so that Oprah would feel her earnestness right through the broadband. Oprah hung on every word. She wanted to be thin so badly. Isolde could see the longing in her eyes, like a puppy waiting to eat the cookies you’d left on the kitchen table when you walked out of the room. The woman had more money than King Midas, but it was still wrong.

Have you tried any of these spells? Isolde asked. How do you know they’re going to work?

I’ve got the whole coven working on them, Lulubel said. I’m not an idiot. Besides, it’s a blue moon.

The next blue moon was set for August 2012. Isolde could imagine the frenzy leading up to it if Lulubel’s spells actually worked. She’d have to move out, get a house among the trees.

She put on her coat, walked out into the garden, looked up at the sky. It could have been painted by Monet, so rich was it with purples and blues.

Isolde had a spell of her own to cast.

Save the trees, she whispered. And the creatures that need them. Give them a chance for a good life.

She heard Lulubel shouting out something about half a million sales and shook her head. Gathering her coat around her she walked. Her skin was aquamarine in the moonlight. Her boots were silver.

Isolde walked and walked, guided by the moon, blue as a Christmas bauble, on and on until Lulubel’s cries were gone and all she could hear were the leaves catching the wind in their sleep.

And the smell of the wind as it carried the clouds to morning.