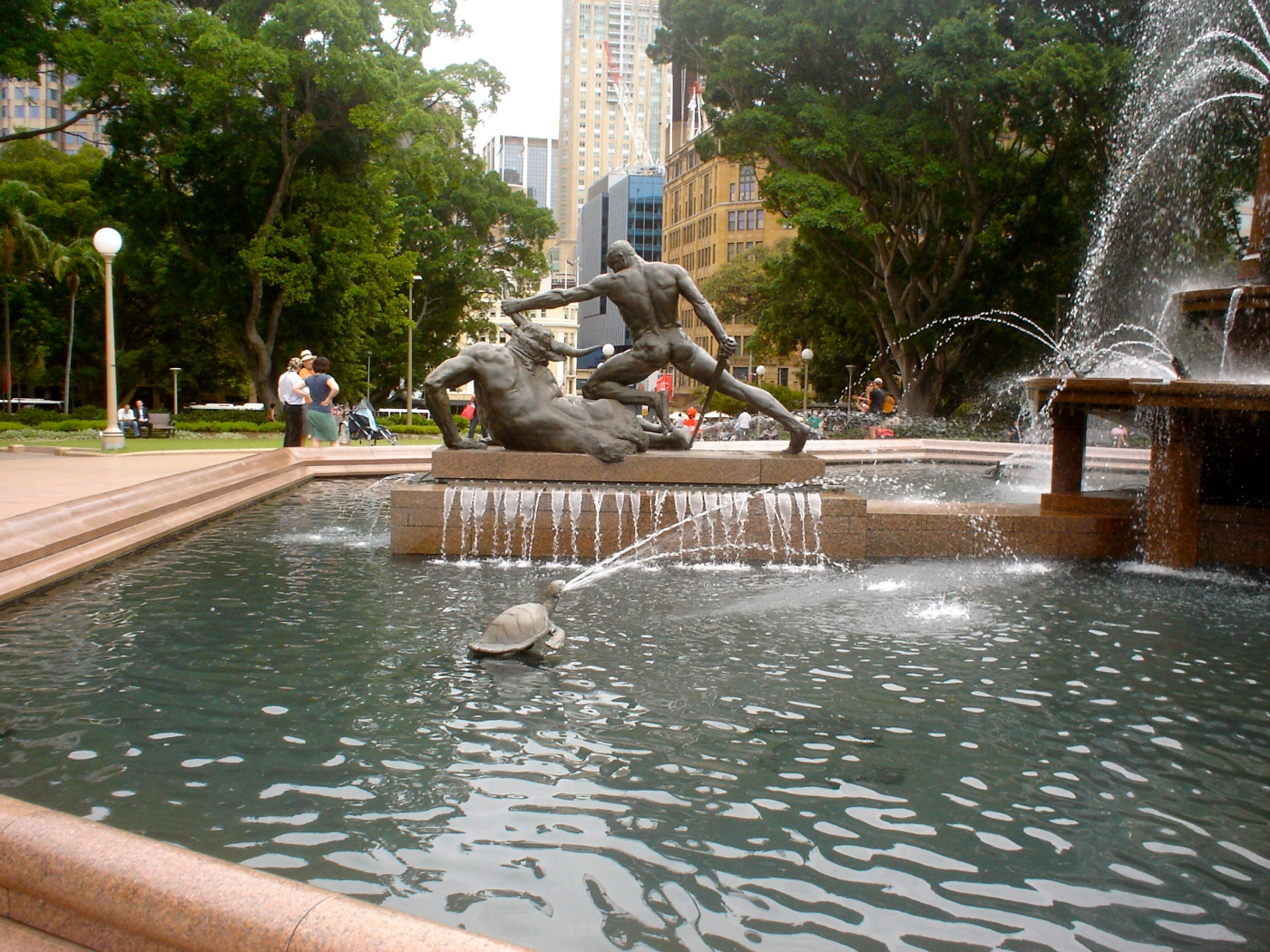 Or of bronze and granite in this case.

This is Theseus slaying the Minotaur. He is one of the figures who stands in the Archibald Fountain in Sydney’s Hyde Park.

Every time I go to Hyde Park I have to take a picture of Theseus for Jules. From behind. She is in love with his buns. It is getting ridiculous because she cons everyone she knows into photographing Theseus’ buns. Our friend, Johnny, has a pro camera with a magnificent zoom lens. He has taken several extreme close-ups of those buns; but me, I prefer to gaze at them from afar.

Jules has created a slideshow of Theseus and his bulging buns which she frequently plays on her computer. I’m sure it is some kind of disorder that has a website dedicated to it somewhere entitled Statue Love.com or the like.

I’m not condoning such behaviour but I must say that Theseus does have a cracking set of buns. Unlike his front appendage. What is it with sculptors and mythological figures? Why is the front part always so under-endowed? Look at Michelangelo’s David – a real disappointment in the front bottom department. Perhaps Theseus’ sculptor ran out of granite.

As I was snapping the buns a group of Japanese tourists asked me what the name of the statue was. I wasn’t sure they would understand about Theseus and the Minotaur and the Labyrinth and all that so I told them it was called Buns Of Steel. They giggled and put their hands in front of their mouths. See what you’ve reduced me to, Jules, I am corrupting Japanese tourists. They’re probably emailing their relatives right now with the photos of the Buns of Steel they saw in Sydney.

But as Jules always says – where is she going to see buns like that in real life?

And as I always reply – I can’t argue with you there.

24 thoughts on “Buns Of Steel”