This is the prompt for Magpie Tales this week. 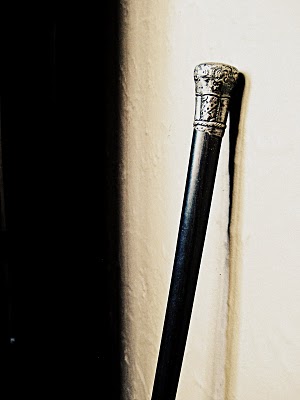 Sapphire hated herself. That’s why she did it. The men, the endless succession of men. Owners of lonely hearts – that’s how she referred to her clients. Lonely people, pale inside. There was so much loneliness in the world that if its energy was accrued and unleashed it would have the power to stop the planet spinning.

The first time Sapphire was called a whore she was fifteen years old. Her own mother shouted it down the stairs because of what she thought she’d found. The shape of her stepfather in Sapphire’s bed. It was a lie. Sapphire wouldn’t let a man like that touch her ever. She had been in bed with Johnny Di Santo from her geography class. He climbed out the window afterwards. He was a big guy, a football player, but he had impressed Sapphire with the agile way he shimmied down the drainpipe.

Johnny Di Santo bore an unfortunate resemblance to Sapphire’s stepfather. Same height, same weight. The floorboards creaked in the same place when he walked onto the landing. He even smelled the same, wearing that cheap aftershave from the discount store. Sapphire’s mother didn’t know Johnny Di Santo existed so she jumped to conclusions. Sapphire saw her smelling the sheets on her bed, her face crumpled, stripped of its prettiness. The cheap aftershave had seeped into the floorboards; even Sapphire’s french lavender potpourri couldn’t overpower it. Mr. Cheeps, her canary was swooning slightly in his cage.

How could you? her mother screamed. You are my own daughter.

You’re mistaken Mum, Sapphire screamed back. I would never do that. Why would I do that? I’m just a kid.

Her mother held the bottom sheet out. You’re caught red-handed, you little bitch. Why don’t you admit it?

It wasn’t the pain of the slap across the face that split Sapphire’s heart in two; it was the realisation her mother believed her own daughter was capable of such a cruel act. She stumbled down the stairs, half-jumping, half-sliding on her knees, landing in a sobbing pile on the floor. Her stepfather stood there, freshly home from work, grinning, not bothering to set the record straight.

You bastard, Sapphire shouted, tell her the truth. Tell her. You just can’t let her believe this.

Why should I? her stepfather laughed. You’ve been a little bitch to me right from the start.

You’re a whore, her mother shouted down the stairs. Get out.

I’m not a whore, Sapphire said. She still slept with a teddy bear, for God’s sake.

Three days later her mother called her at her friend’s place and told her to come and get her things. They were on the front porch, neatly stacked. Her mother had always prided herself on her neatness, her spice rack was a work of art.

Mr. Cheeps’ birdcage was there but there was no Mr. Cheeps. A note, roughly scrawled was taped to the door. The bird got out. Sorry.

Sapphire had been looking for Mr. Cheeps since that day. It was more than a decade later, more than the lifespan of your average canary later, but she still searched for him every day. In the room where she entertained her clients she kept Mr. Cheeps’ cage on an oak sideboard. It was a Victorian cage, beautifully crafted. When the enormity of a stranger’s hands on her got too much she would turn to it, drawing comfort from the fluidity of its lines, thinking of the old days before men came along to mess everything up.

There was a support group for working girls at the local community centre. Sapphire went there on the days when she knew she couldn’t stand listening to another man with a tale of woe; when her lower back ached from men who were too heavy or too inexperienced.

The other girls made her welcome. They posed a question of the day as if they were students discussing the state of the world. Do you think we can still fall in love? they asked. It was a question full of holes just like their lives. Sapphire didn’t think she believed in love. There was so much sex, love wasn’t possible anymore.

The support group provided legal advice. Alex was the lawyer, a man who’d served in Afghanistan but never spoke of it. Part of his leg was missing. He walked with a cane. A rich mahogany one with a silver tip, ornately engraved. Sapphire had never seen such a young man walk with such an elegant cane. He caught her looking at it, handed it over. It’s Victorian, he said. I bought it in an antique shop. There was warmth within the wood and strength. And a sense of knowing.

Alex was a kind man. Compassionate. He didn’t look down on the girls for what they were. He didn’t treat them like they were too flawed to bother with.

He made Sapphire laugh. He made her forget for a moment that she had to return to a rented room where men made her bones bend with their despair.

Alex got some of the girls into college. He got them better places to live. He offered Sapphire a job helping young homeless girls find their feet. I can’t do it, she said. I’m happy doing what I’m doing. It was a lie. She was afraid of trying something new. That she might not measure up. Maybe her mother had been right all along. Maybe she actually was a whore. Deep down inside.

One day at the community centre Sapphire saw Alex talking intently to the social worker. They leaned in to each other, smiling.

I think they’re going out together, one of the other girls said. Shame. Alex is a bit of a catch.

Sapphire went home and painted her fingernails black. She let the men who wanted to, be rough with her. She stopped going to the community centre.

One morning long before it was time for any clients to come around there was a knock at the door. Sapphire pretended not to be in, holding her breath. She waited for the sound of footsteps walking away but there were none. After a while her curiosity got the better of her and she opened the door. A dark wood cane with a silver tip lay against the wall. Alex was sitting on the doorstep, holding a pot of flowers.

These are for you, he said, holding out the pot. Cornflowers. They’re the closest thing I could get to the colour of sapphire.

Sapphire invited him in but she was ashamed. There was nowhere to sit but on the bed. I wish you hadn’t come here, she said.

I was worried about you, Alex said. I haven’t seen you for weeks.

I won’t be coming to the group anymore, Sapphire said. Support groups are for people who want to change their lives. Mine is fine as it is.

Alex was quiet, studying her. Sapphire could tell he knew she was lying, that she was afraid.

Well, I’ll just have to figure out another way to see you, he said.

He walked to the birdcage, his bad foot dragging on the floor.

Beautiful cage, he said. What happened to the bird?

He got out, Sapphire said. He flew away. For some reason she felt like she was about to start crying, possibly for days.

The phone rang. It was a client. On his way.

You’re going to have to go now, Sapphire said.

You don’t have to keep doing this, Alex said. The job at the homeless shelter is still open.

Give it to someone who’ll do it properly, Sapphire said, closing the door behind him.

For the next few weeks she was listless. She sought rooms full of silence, sitting for hours in the reference section of the library, or staring at dark paintings of boats and churning seas in the art gallery. Every morning there was a knock at her door. She never answered it but left the door open the smallest of cracks so she could see the cane leaning against the wall. Alex left her notes, funny cards, a box of dark chocolate, paper thin.

One morning Alex knocked on the door more than once. Again and again. Sapphire, he called out. Let me in.

She opened the door. Alex was standing there holding a cardboard box with holes punched in the top. His cane was once again leaning against the wall. I got you a present, he said. But you have to open it inside.

Inside the box was a tiny bundle of yellow feathers, warm and soft. I figured you needed a bird for your cage, Alex said. I read up on the Victorians and it seems they liked canaries. This little guy seemed like the perfect fit.

Sapphire placed the bird in the cage. He looked at her quizzically from his perch. He looks just like Mr. Cheeps, she whispered.

Alex stayed for the rest of the day. Sapphire cancelled her clients. She only had teabags and a loaf of bread, so they drank tea and ate hot buttered toast all afternoon. The canary began to sing. A tune of sunny days and flowers in the garden. What are you going to call him? Alex asked.

Alex went out to get takeaway, Chinese with the little dumplings Sapphire liked. Mr. Cheeps 2 serenaded them as they ate. As night fell he began to fluff his feathers before quietly dropping off to sleep. As Sapphire tidied away the dinner things she noticed Alex’s cane lying on the bed. It looked like it belonged there. It looked like it was the only thing that should belong there.

She smiled as Mr.Cheeps 2 snuffled in his sleep. Content, at home.

15 thoughts on “The Empty Birdcage”