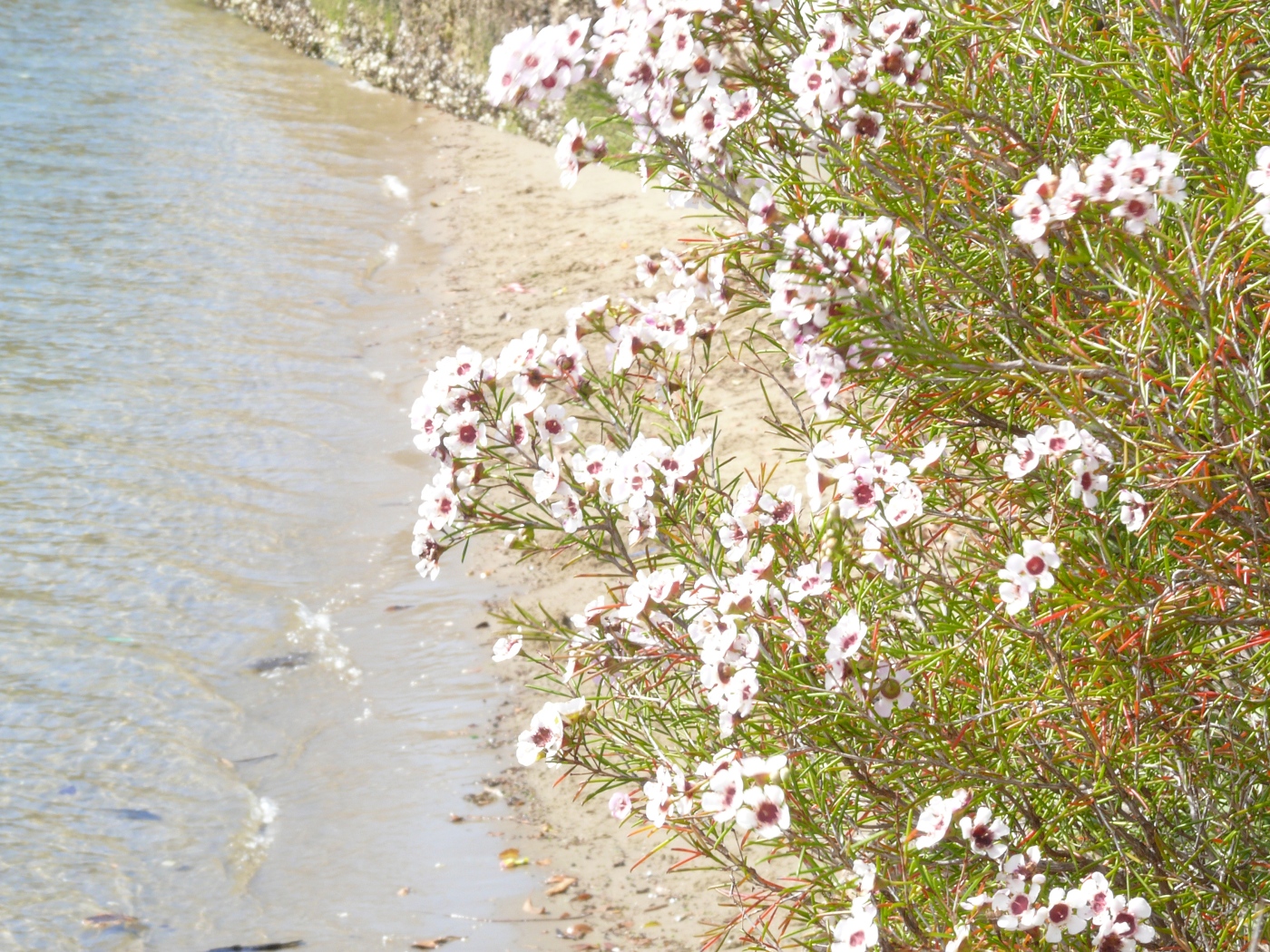 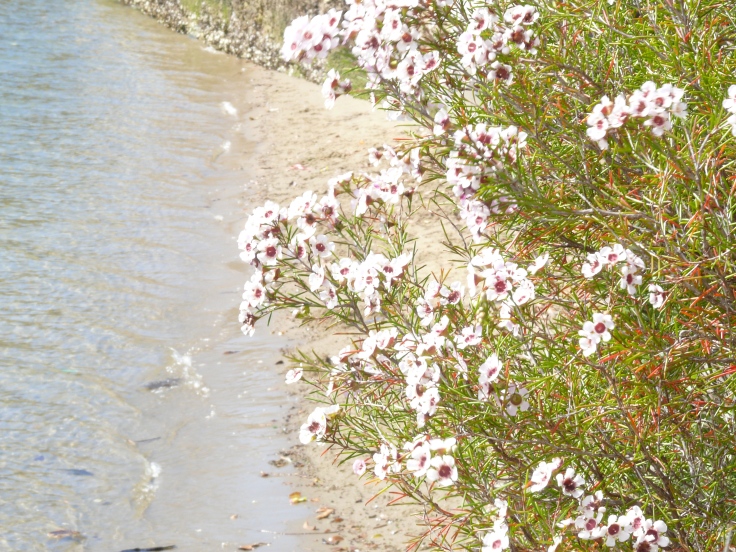 I am a pretty, delicate flower blooming by the water’s edge.

I am a pretty, delicate flower blooming by the water’s edge.

Yesterday I almost hit someone. Two someones, actually. I almost went all Hulk Hogan on their puny little butts. But I controlled myself. Despite being under the influence of rage-inducing medication. I was very proud of myself but definitely not proud of them. Some people need a talking licence that they need to sit a test for because they really do not think before they open their mouths.

I was put on steroids three months ago to shrink scar tissue on my endometrium (sorry, male readers, this is one of those girlie topics. I shall endeavour to be gentle. Haha) Prior to it I was in a huge amount of pain. One day it was so bad I fell on the kitchen floor and couldn’t get up. It was as if I was in Alien with one of those horrible alien babies waiting to burst out of my stomach.

I was going to write about all this but it just depressed me to think about it because endometriosis is something I’ve dealt with all my life and really, it’s not all that jolly a topic.  I have had three separate surgeries and none of them have really fixed the problem. The only thing the gynaecologist seems to think will fix the problem is a complete hysterectomy.

My therapist is opposed to the surgery unless my condition is life-threatening (which it isn’t) because she feels I will not cope mentally with going into full-blown menopsause as a result of the surgery. They will have to remove my ovaries, you see, so it will be like falling down the well in that movie The Ring and never being able to climb back up again unless I become a weird Japanese child zombie with a nightdress on. (Why do Japanese ghosts and zombies always wear nightdresses? I don’t get it.)

Taking steroids/ cortisone usually leads to weight gain or bloating or puffiness in the face. I have been lucky to have experienced all three side effects.  I’m thorough like that. I don’t really mind because I was in so much pain prior to the meds that I was popping ibuprofen like tic tacs just to get to a semi-functional level. Not good.

I felt like I would never recover so a bit of fluid retention and a few extra kilos is really nothing to worry about as far as I’m concerned. I assume that as soon as I stop taking the medication I will lose the weight and if I don’t I will just go on a diet. I wasn’t overweight to start with, so it’s like what’s the big deal here?

As far as I’m concerned the steroids are wonder drugs because I was so ill I really didn’t know what to do. I was losing so much blood all the time I was severely anaemic. I had so little energy that I couldn’t even walk up a flight of stairs without stopping halfway.  I was gasping like a chain smoker. Now I am bouncing around everywhere. My skin is clear, I actually have colour in my cheeks. Those cheeks may be a little puffy, but they are rosy. Just like Noddy’s. 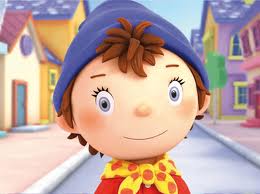 Oh, Noddy, you are so freakin’ adorable….

Anyway, to get to the point.

When I was still very ill I ran into a couple of women I know and they remarked upon how pale I was, how unwell I looked. I ran into them again last week and the first thing they said wasn’t:  Oh, you really look so much better. We’re so glad.

It was: You’ve put on so much weight.

And they almost said it with relish.

Thanks for noticing, I said. Just as well I don’t have an issue with my weight because I’ve been feeling lousy enough dealing with the fact that my blood is running into my shoes on a monthly basis without you two rubbing in the fact that I might have at the most put on 3 kilograms.

How mean-spirited to even mention it.

Admittedly, I look like I’ve put on more because of my puffy cheeks. I look like a puffer fish/ human combo. If this continues someone will make a cartoon about me. I hope they make me a superhero in it because me as a superhero – one of my lifelong dreams.

Luckily, I don’t usually have issues with my weight. I want you to know that. Most of the time I don’t care if I look like I just crawled out of a swamp after existing for months on a diet of ten cheeseburgers a day with deep-fried Mars Bars for dessert. I am raising this because it’s something I’ve noticed among groups of women I know. This focusing on appearance and nit-picking at anything viewed as a shortcoming.

I have to tell you that weight is not a laughing matter or an insignificant one for many people. I know this from firsthand experience. One of my sisters is seriously overweight. She has battled with her weight all her life. My other sister nearly died from anorexia at 17. My friend, Gina, while going through her divorce washed down sleeping pills with half a bottle of vodka calling me in a panic after what she had done. The trigger wasn’t the divorce. The trigger was the fact that she had put on ten kilos while trying to deal with the divorce and a mutual friend of ours had commented on it in a malicious manner. That mutual friend was one of the women I ran into the other day.

So get rid of those nasty, appearance-obsessed people in your life, you say. You don’t need them bringing you down. Easier said than done. We all know that. Those people creep up on you when you least expect it. They’re like chewing gum stuck on the bottom of your shoe. You think you got it all but the next time you walk on a wooden floor you hear the familiar squeak stick squeak stick. It’s how a teenage ghost would sound – no ball and chains – just sticky gum.

I guess what I’m trying to say is that sometimes when you’re down and doing what you have to do to get back up again someone will crawl out of their Mercedes SUV with the GPS set to one place only – the botox clinic – and try to slap you back down again. It’s as if they have some missile that seeks you out just so they can bitch about you for  a day.

And sometimes you have to summon all your strength to slap them back not really for yourself but for all the people they could hurt much more than you for their catty, offhand comments.

Another side effect of taking steroids, a very well-documented side effect, particularly in the world of Pro wrestling, is a little thing known as ROID RAGE. I am pleased to report that roid rage actually exists and that when it is combined with PMT that never goes away and a general pissed-offedness at the world it is bordering on the spectacular.

I was going to go all chokeslamming and dropkicking and facebusting on these women. But I decided not to.

I had a pack of eggs in my shopping bag. Beautiful organic free range vitamin enriched brown eggs that I was planning to cook up in a variety of delectable ways.

I got one egg. I figured I could spare one. I put it in my hand and said: Before you open your mouths next time think about what a person might have gone through. Offer your sympathies, not your disparagement. If you can’t be nice don’t say anything at all. Or this might happen.

I then took the egg and crushed it with one hand. The yolk and the egg and some fragments ran down my arm and gathered in the crook of my elbow. I gritted my teeth. I may have grunted a bit. The women virtually sprinted off.  I shook my egg-encrusted fist after them with such flourish the World Wrestling Federation would have been proud. At least now those hags have something legitimate to talk about.

Now they know that Puffer Fish Girl is not to be messed with. She might be wearing a nightdress and have egg on her arms but she is master of the Powerbomb.

However, for now she is –

a pretty, delicate flower blooming by the water’s edge…..

31 thoughts on “Slammin’ It Down Street Style”