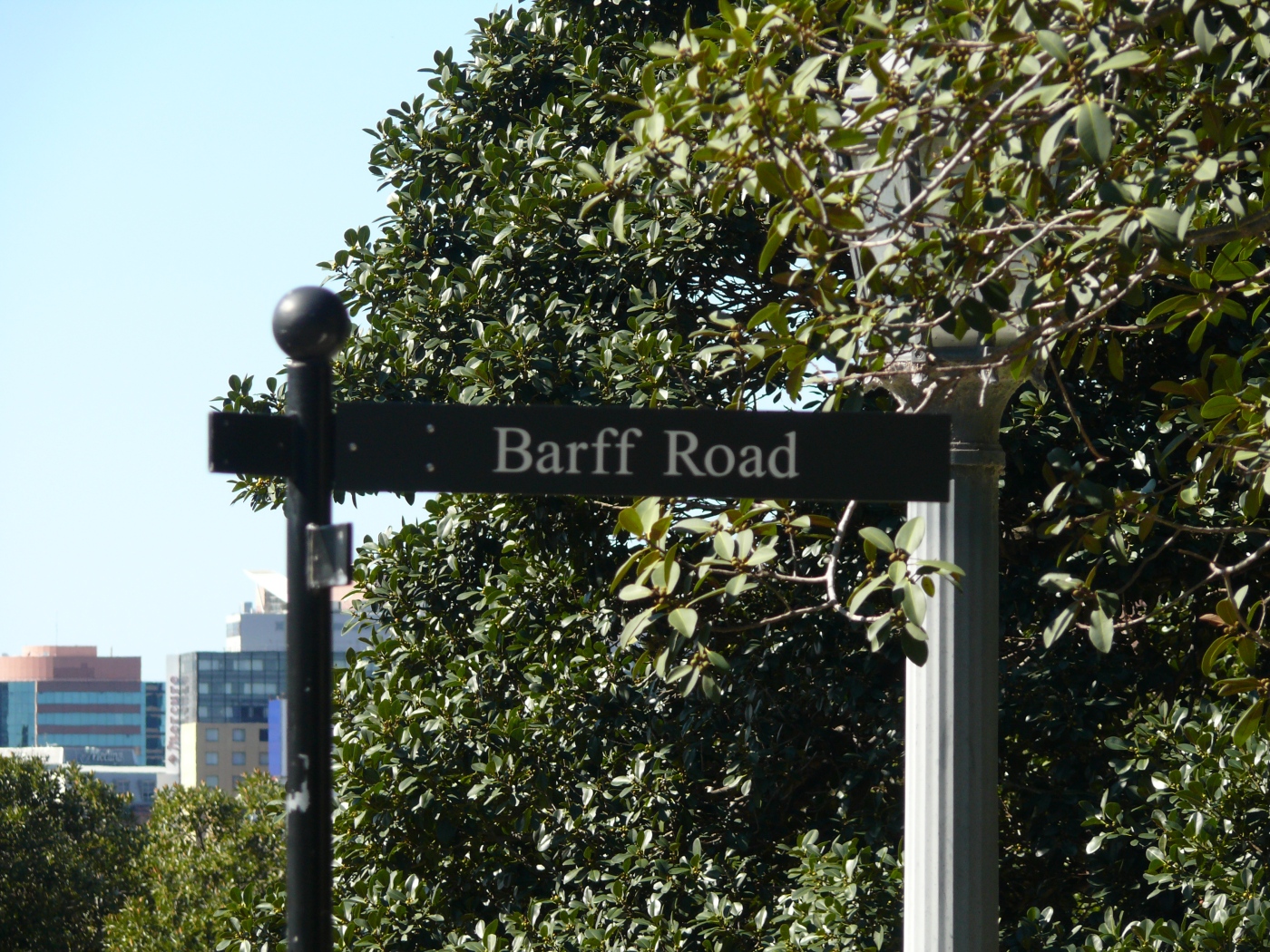 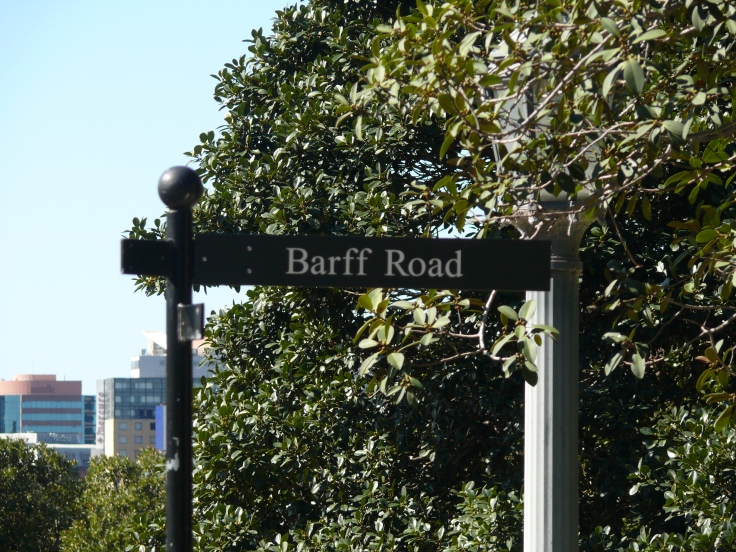 I don’t know if barf has the same meaning in other countries as it does in Australia, but here it means to puke your guts out – usually after too much booze or a dodgy chicken curry.

When I was at Sydney University today (taking in the paperwork for my Master’s Degree next year. Yes, I am insane….) I noticed this street sign. I thought it was a highly appropriate street name for a university campus considering all the barfing I did when I was a student.

I asked a random student if there was still as much barfing going on as there was in my day and he concurred. He waxed lyrical about his love for cider and cheap cask wine, admitting, however, that the consumption of either (or both) often resulted in the aforementioned barfing.