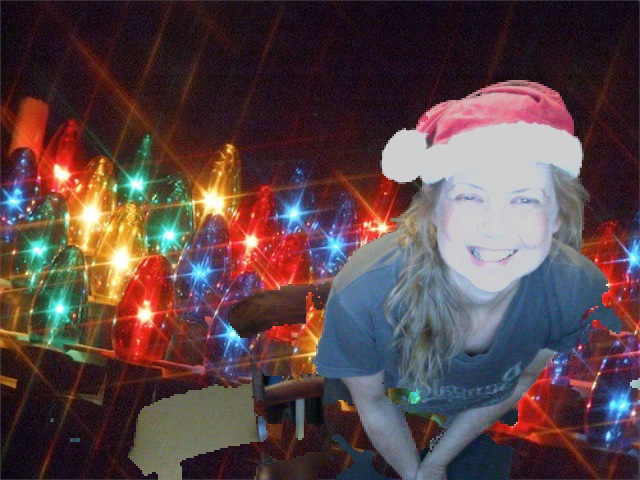 I have been sporadic with my blogging, lately.

It has been quite a year.

I would like to thank all of you for sticking with me this year. It means so much to me.

So I was thinking and thinking how I could repay y’all (did you like how I said that? I think that deep down I have a wish to be a Texan…) for your support and for always reading, so I thought I would spend this week writing a story a day with a Christmas theme.

Some of the stories are sad. Some are happy. Some are plain silly. All of them are for all of you. You might not realise that your comments and emails are the main reasons I keep writing even when I think I should give up.

Thank you from the depths of my lil ole heart (Geez, enough with the Texan stuff already……)

Hope you have a Christmas full of peace and hope that allows you to see the promise in the new day.

Here is the first story. It was originally inspired by a prompt from Magpie Tales that I didn’t finish on time.

This is the photo –

The story is called Blue Light.

Thanks, as always, for reading.

Joss told Eve he’d come back when the snow came.  There was a blue light in the sky cast by Christmas lights and ice. As soon as the snow began to fall Eve felt her throat turn dry and her anxiety return. She was angry with Joss for thinking the only way to sort something out was to leave. Like the space of miles did anything at all. It just put off the inevitable. Towards the end he hadn’t loved her.  She saw it in his eyes. She saw everything in everyone’s eyes. It was a little thing she had. Some kind of prescience. She didn’t like that she could see things like that because well, you know, the truth hurts and all that; but she couldn’t shy away from what she could see.

Eve was surprised at the courage Joss showed in not loving her any more because Joss clung to things. It was his single greatest failing. Even if the love he had for a friend had turned into a steel-capped boot that kept slamming him in the face he held on to that love. Joss was skilled at believing dark things, angry things that had changed for good were still tinged with the colours of lollipops and rainbows. A psychiatrist could make a career out of the depths of Joss’ denial.

But no matter how much he plunged into the pool of his denial he couldn’t shake what his eyes said – the minute before he loved her and the minute after, he didn’t. Just like a switch being flipped.

Eve wasn’t upset that Joss had fallen out of love with her. She wasn’t even all that upset he had left. What she was upset about was that he might come back.

It wasn’t working. People said that all the time, didn’t they? When a relationship began to unravel. It was as if love was a clock that got its gears clogged and no matter how fine the brushes were you used to dislodge the dust, you just couldn’t get it out.

So the clock creaked and groaned no matter how much you tried to wind it. And then it shuddered and stopped for good.

It was ten past five. Barely evening and already the sky was dark. The snow was like a lace cloth on dark wood – you couldn’t miss it even in dim light.

Eve had spent all day baking and putting up lights in the kitchen. She liked them in the kitchen more than anywhere else. It was because of all the time she spent there.

Her aunt had taught her how to bake. And how to string lights that made a kitchen feel like the most welcoming room in the house, as if it was full of people.

Coloured globes. That was the secret. Soft as warm as winter blankets; more consistent than candlelight, delicate as memory.

The Christmas lights had turned the window frames yellow, blue and red. There was snow on the back steps, undisturbed, smooth as fondant, freshly rolled on fruit cake.

The snow, pressing against the glass, gave her hope. It was quiet as handkerchiefs, gently folded.

It was Christmas. Joss could smell the nutmeg and allspice in the air. He knew Eve was baking her Christmas cookies – the scent coated his face like sprinkled sugar.  He missed her cookies with the kind of ache you feel when you remember years later that a beloved pet has died. Something makes you think of them and you know with a twist in your heart that you will never see your dog or cat again.

Joss knew he would never taste Eve’s Christmas cookies again. He almost couldn’t stand the fact he wouldn’t. He missed Eve’s cookies more than he missed her and that was the truth.

It made him sound like an asshole to put it like that but it was the only way he could describe it.

He hadn’t thought he would fall out of love with her. Not ever. And he was embarrassed to admit even to himself how it had happened.

The hinge had come off the kitchen door – clean away. Joss had owned a coat once that had the sleeve caught on a fence nail. The sleeve hung there, dragging against the coat looking all miserable and ragged. That’s how the kitchen door looked, lolling at an acute angle on the floor.

Eve had taken the drill from the cupboard and fixed the hinge. Just like that. She hadn’t even asked him to do it.

He knew in that moment she didn’t need him anymore – had perhaps never needed him – so the part of him that loved her grew afraid. He knew it wasn’t healthy to equate love so strongly with need but it was what he did. Like clinging to things. With the hinge back firmly in place Joss decided in the part of his mind where all his insecurities gathered that it would be best not to love Eve anymore.

One minute she was in his heart, the next she was out of it, standing stiffly against the wall, blending in like old ornaments on the mantelpiece you never looked at anymore.

He was surprised at the brutality of his decision, how definitive it was. It scared him, left him feeling ashamed because it wasn’t about Eve at all. It was about him and the fear that kept him awake at night – that the people he cared about could see right through him.

The moon didn’t appear when it snowed. It was all that swirling white blocking everything out. The air was surprisingly weightless in spite of the snow. When it fell on you it tickled like feathers then turned cold. When it fell on places you knew it changed them so you weren’t really sure you’d come to the right spot; scanning the landscape for a familiar marker.

In the year since Joss had been gone he’d changed. It was funny – some years you didn’t change at all – from New Year’s to Christmas you were exactly the same obnoxious pain in the ass, planning to change one day but never really doing it and then one day it was as if your insides had been ripped right out and you were relined, rewired from your brain to your soul.

Sometimes external things made you change but other times the change came from yourself. You got sick of never changing, you got sick of always being afraid and it was as if suddenly you could jump right over the puddle that had stood in front of your feet for years. Into the meadow beyond.

It was cold standing out in the snow. Joss could see his blue shadow elongated like some of the sculptures Henry Moore used to do all stretched and abstract with no faces.  He could cast the arc of his shadow all the way to the oak that stood by the road. It was such a strong shadow, defined as ink, that it should have left a mark, but the snow remained undisturbed.

Joss remembered the story Eve had told him when they first met. Of how she liked it when it snowed on the steps leading away from the kitchen door. At first they were white, pristine and then the snow was brushed to the side or marked with the prints of  boots . His boots. I know you’re home when I see your bootprints on the steps, she said.

Joss wanted to walk up to those steps and stomp about on them. He wanted to let Eve know she needn’t look out the door and day after day see no marks in the snow.

But he couldn’t. The blue light held him. He was a snow animal, set like meringue.

Eve knew Joss was there. She always knew. It was another thing she had like the eyes thing. It was weird but at least it meant no one could ever sneak up on her.

He was thinner, but he looked more focused, more like himself. She saw him messing about in the snow, playing in the shadows. The blue light was irresistible. The snow fell like spring petals.

She wanted to go out, to tell him something that would encourage him not to give up.

So she held her breath.

Joss swung his arms in one final arc like a gymnast finishing a routine. The blue shadows flew to the top of the oak tree like a roll of ribbon unravelling.  Joss looked back at the house and smiled. The snow settled on him and on his shadow until the two were indistinguishable. He walked away framed in blue light and the powdered wash from the snow. It was a parade.

Eve took her cookies out of the oven. Through the window she saw the marks from Joss’ boots leading away, doing what was best for both of them.  Doing what was best for himself. She never thought that seeing someone walk away in the snow with blue shadows all around would make her so happy.

The light in the kitchen was blue and red and gold.