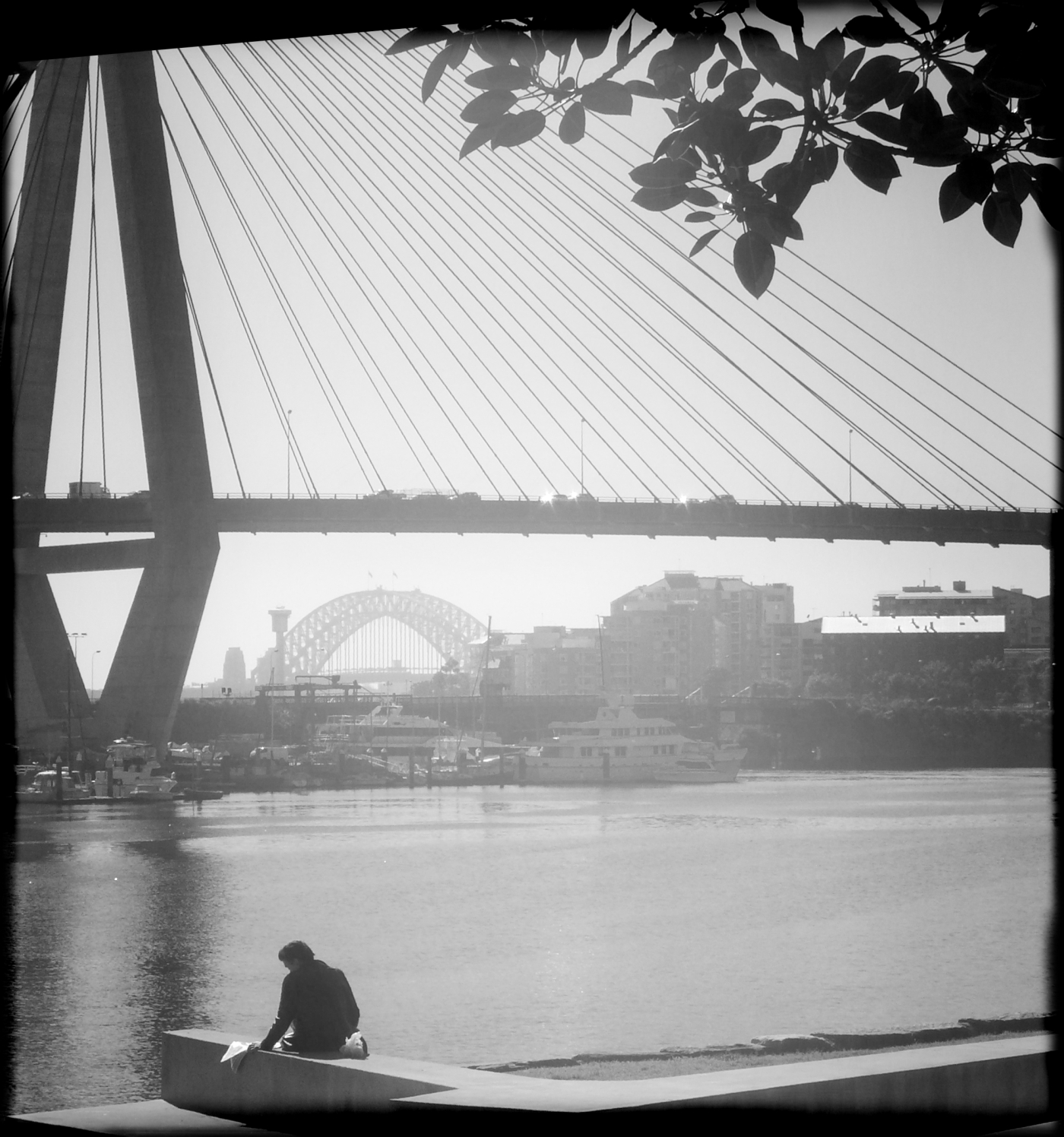 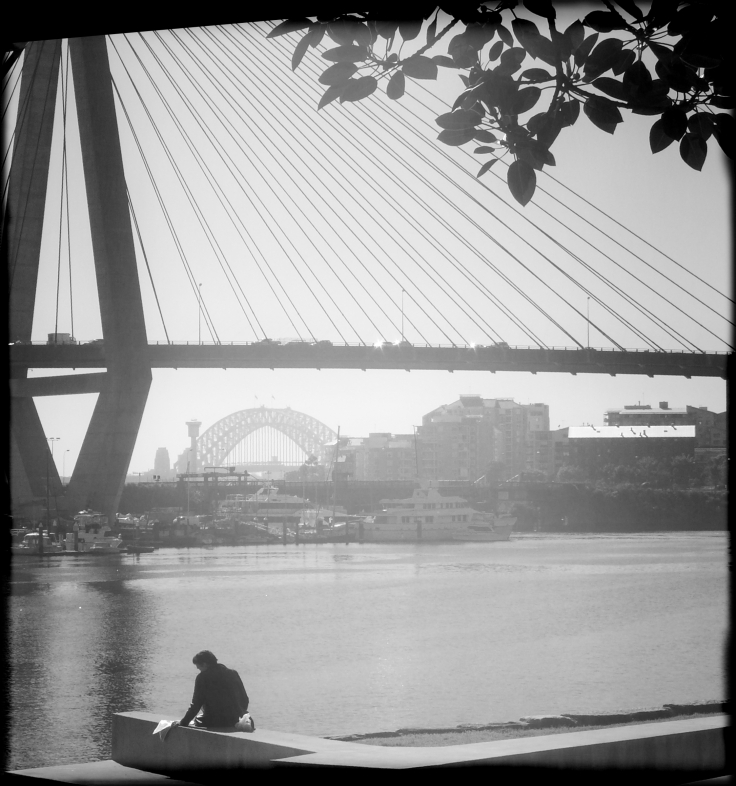 I saw this man sitting by the bay, facing the sun, his face opened wide to the water and the sky. The bridge was strung like a harp, playing the sounds of the city.

I saw this man with his slicked back, blue-black hair, his drainpipe jeans and pointed boots and became convinced he had been transported from another era. He was reading and I thought that maybe he was a poet writing of protest and enlightenment, trying to find the heart in the world, trying to find his soul. I thought that he was writing of his childhood sitting in an immaculate kitchen in the 1960s watching his mother, dressed like Jacqueline Kennedy, make a sandwich with the crusts sliced off so neatly she could have been a draftsman. I thought of him eating his sandwich, drinking a large glass tumbler of chilled milk that bubbled and brimmed over the edges while his mother smoked a cigarette so neatly she left a red rim of lipstick in the same spot every time.

I wondered if his time in the kitchen with his mother had changed his view of women for good. I couldn’t decide if it was in a good way or a bad way. I couldn’t tell by looking if he cared enough about symmetrical sandwiches and red-rimmed cigarettes to let them alter things for good.

I suddenly had to know what he was reading.  Was it Ginsberg? Was it Kerouac?

I became convinced he was of an existentialist bent and was reading Simone de Beauvoir or maybe even Sartre.

I edged closer, shuffling, pretending to be captivated by the view. I sidled up beside him, excited, hardly able to breathe. He turned a page.  His hair was streaked with midnight blue in the sunlight. Just like Elvis. I stifled a giggle. He was reading the betting pages, checking his watch to see who was running in the daily double at Randwick racecourse.

Even when the setting lends itself to the dramatic, things aren’t always what they seem.

30 thoughts on “Not Always what They Seem”