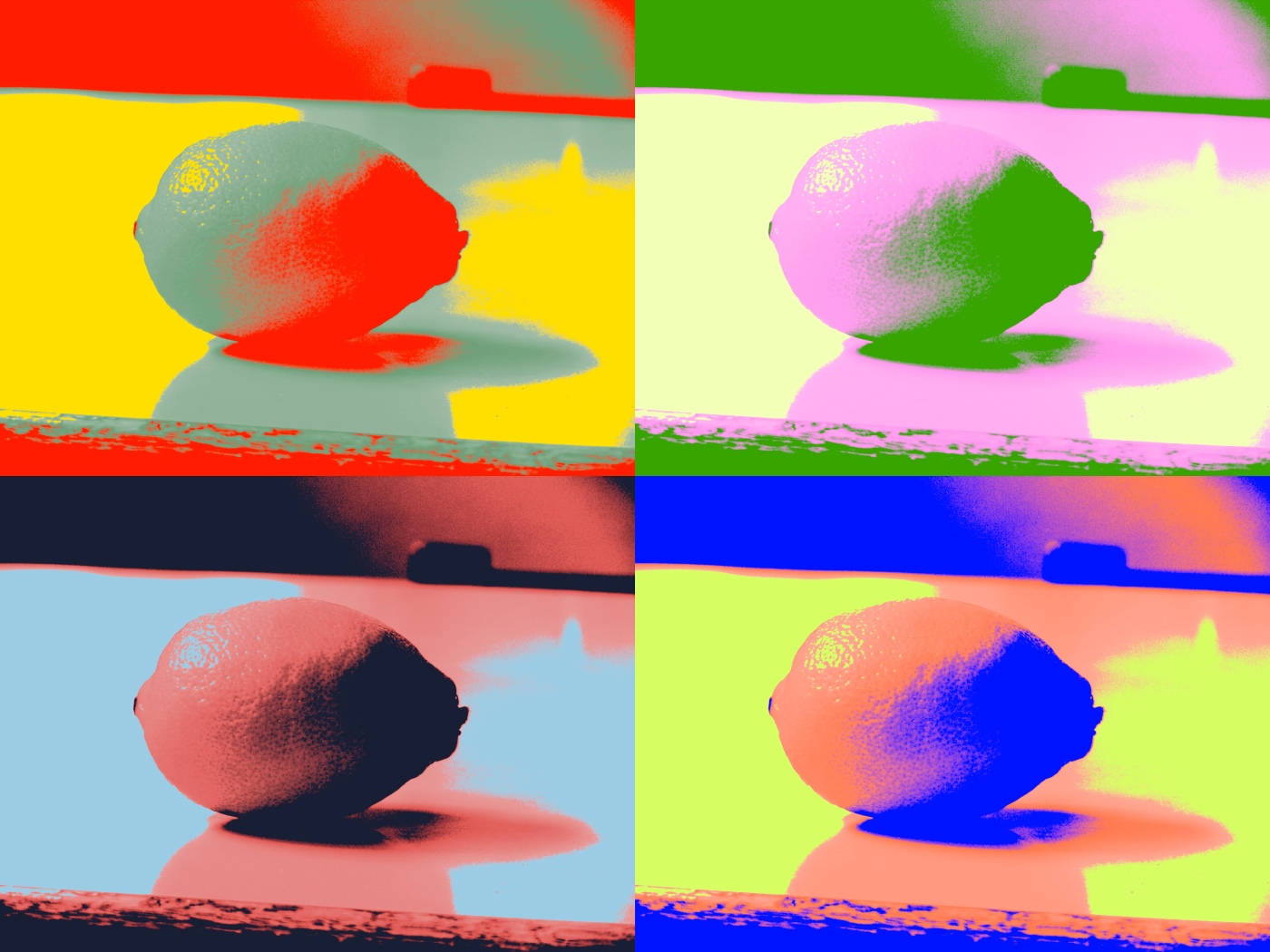 Been having a little break this week but I had to get back into it due to the wonderful Gabrielle Bryden and her Citrus Week celebrating all things lemony, orangey, mandariney, limey (you get the picture…) Please go to her blog and enjoy the amazing art, poems, recipes. It’s all there. I couldn’t resist joining in the fun even though I am too late to submit anything.

So I’ll post my story here instead. Thanks for the inspiration, Gabe. 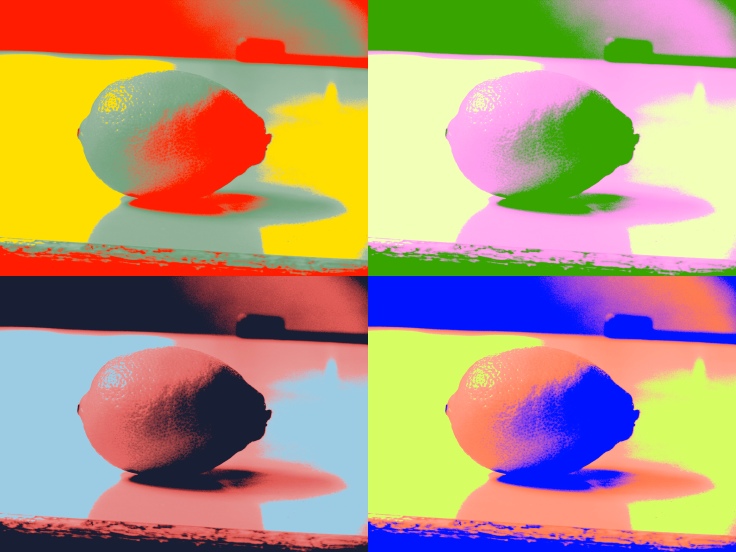 Lottie Leavensworth hated lemons. Her mother, Lorelai Logan Leavensworth, had read in Fantastic Parenting Weekly that lemons not only kept a child’s digestive tract free of infection but stimulated brain development. Research showed a correlation between regular ingestion of lemon juice and a genius level I.Q.

Lottie’s mother always took heed of correlations, consequently deciding to serve something lemony with every meal. It started off simply enough with lemon juice dressing in salad, a twist of lemon in the morning brew and lemon zest curls in the icing of the cupcakes Lottie favoured for afternoon tea. But very quickly it grew to sweet and sticky lemon chicken; whole baked fish with lemon slices for scales; lemon delicious pudding. Lemon meringue pie. Lemon butter on lemon-scented scones. Pork stuffed with lemon, sage and thyme served on a bed of apples infused with lemon. Lemon gelato. Roasted fennel with lemon stuffing. Lemon and rosemary roast chicken. Lemon and strawberry muffins. Lemon syllabub.

Initially Lottie didn’t mind the abundance of lemon-inspired dishes but on the day she found home made lemonade bulging with half a sliced lemon in her school lunchbox instead of her favourite apple and pear juice Popper; and a container of candied lemon peel instead of her beloved yoghurt-topped muesli bars, Lottie saw red or in this case – yellow.

When she got home from school she decided to broach the subject of lemon overload with her mother but Lorelai Logan was busy getting her new Italian designer kitchen installed. In stunning shades of limonata.

Lottie realised she needed to enlist the help of her siblings, Lightning Lou Leavensworth, so named for the fact that their mother went into labour with him during a thunderstorm and that he came into the world when a lightning bolt struck the roof of the maternity hospital, causing a blackout; and L’il Lola Leavensworth, named after Large Lola, the Leavensworth matriarch.

Lightning Lou was on board straight away. ‘My smile is turning sour,’ he said. ‘Too many lemons.’ This was a big admission for Lightning Lou who was renowned for his smile. At 8 years old he was already a ladies’ man with his dazzling smile. ‘He’ll be a leading man on the stage, mark my words,’ Large Lola was fond of saying.

Li’l Lola didn’t say much. She was only two years old. But whenever she saw a lemon she loudly proclaimed: ‘No. NO!’ pointing at it with her finger as if she was trying to zap it into oblivion.

Lottie knew it was time to act. The man installing the kitchen had left a floorboard loose at he side of the stove.  There was a deep hole beneath it, a cavern. ‘I think that goes all the way to Antarctica,’ said Lightning Lou.

Lottie and Lou gathered up all the lemons in the house. The jams, the chutneys, the marmalades and the particularly sour and pungent lemon pickle Lorelai made for Large Lola which she ate with gusto, with aged cheddar. They put them all in the hole beneath the floorboard by the stove, making sure the floorboard looked undisturbed.

Li’l Lola turned out to have a nose as good as any sniffer dog when it came to lemons, finding them in remote corners of the pantry or lodged in the far reaches of her mother’s shopping baskets. ‘NO!’ she said, pointing to the lemony culprits, which her brother and sister promptly shoved beneath the floorboard.

‘There’s a tree in the kitchen,’ he said.

The kitchen was lopsided, full of bumps and lumps as if it was built on an uneven rock face. Leaves were growing through the floor, through the walls and windows. Small branches were coming under the kitchen door. An enormous limb plunged out of the place under the loose floorboard, big as a giant’s arm.

The kitchen was groaning, swerving, capsizing. Lorelai ran in, her hands to her mouth. ‘What’s going on?’ she said.

L’il Lola, teddy bear in one hand, prodigal lemon in the other shouted ‘NO!’ throwing the lemon towards the huge branch issuing from beneath the floor that seemed to be growing by the minute.

There was a cracking, a splitting, an unsettling rumbling deep within the earth.

Lightning Lou was right. The floor shifted, tilted. The Leavensworths fell backwards, all the way back into the living room where they tumbled and rolled and landed on the couch.

There was an almighty thwack and the tree, which turned out to be a lemon tree, bedecked as it was with the yellow fruit, thrust its way up out of the earth, pulling the kitchen and the wall between it and the living room with it. Up and up it rose. Like a helium balloon set free, like a kite caught on the wind. Like a rocket.

It was the biggest tree the Leavensworths had ever seen. Bigger than the kitchen, bigger than the house. The lemons it contained were the size of footballs, filling the air with citrus-y vibrance.

Up and up it went, taking Lorelai’s brand new kitchen in stunning shades of limonata with it.

The top of the tree and the kitchen were soon out of sight. The Leavensworths wondered how far it would actually go, they wondered if it would break through the atmosphere, and then all of a sudden there was a snap, a slit in the sky and the earth shuddered.

The tree burst into yellow light, beautiful as stardust. It glowed and it shimmered for almost a minute; wondrous, a marvel, and then it was gone. All that remained was a hole in the side of the house and the smell of freshly squeezed lemons, zesty, zingy, filling the air with a vivid vigour.

‘Well, you know what this means?’ said Lorelai Logan Leavensworth. ‘No more lemons.’

‘NO!’ agreed L’il Lola, pointing to the sky.

‘I was getting sick of lemons, to be honest,’ said Lorelai. ‘Apparently, blueberries are better for you, anyway.’