While visiting Sydney University the other day I had a walk through the Main Quadrangle. It is a magnificent building. It was built in the initial stages by Edmund Blacket between 1854-9 and not entirely finished until the 1960s. It is made of sandstone in a style known as Victorian academic gothic.

To my utter delight I discovered a lot of gargoyles hanging about on the Main Quad.

You can read about the history of the University gargoyles here.

Here are some of them – 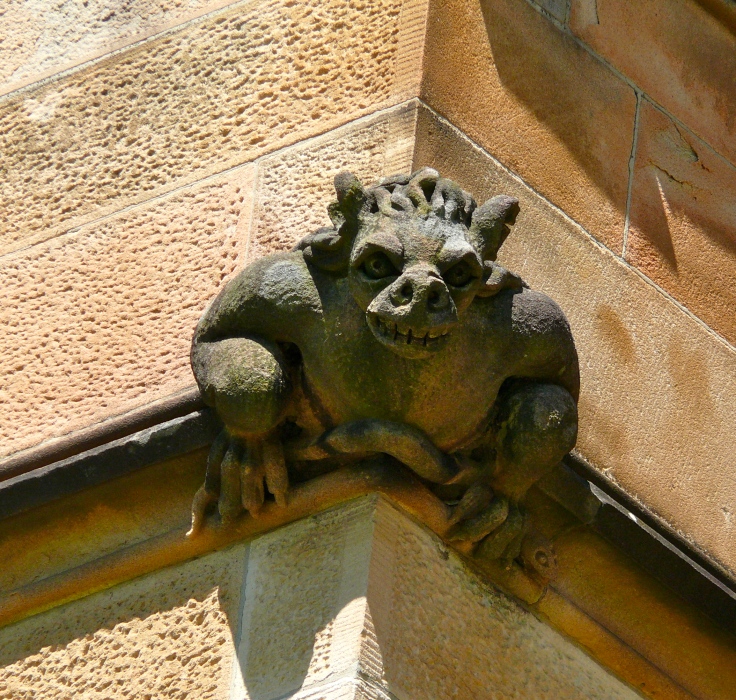 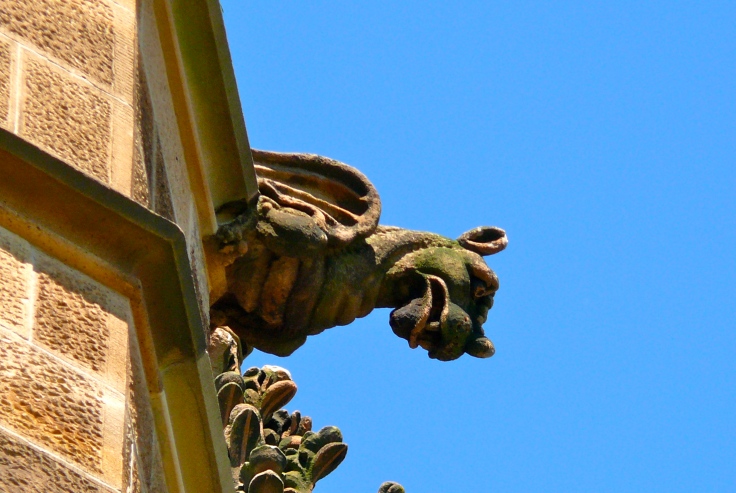 And thank you to Daoine for introducing me to grotesques. According to the University website, a gargoyle is an unusual, fantastic, mythical or eerie carved creature that serves as a waterspout or drain, and is used to drain water from a building. A trough is cut in the back of the gargoyle and rainwater typically exits through the open mouth. It is usually an elongated and long-necked animal because the length of the gargoyle determines how far water is thrown from the wall. Superstition held that gargoyles frightened away evil spirits while serving their practical function.

Similar carved creatures that do not act as waterspouts or drains and are for decorative purposes only are called grotesques.

Here are some more gargoyles and grotesques – 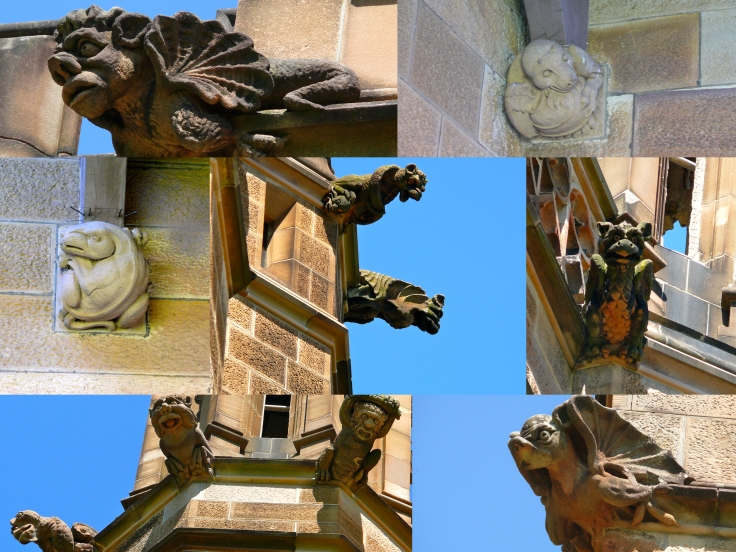 Some of these gargoyles have a distinctly Australian flavour. This one looks like a kangaroo – 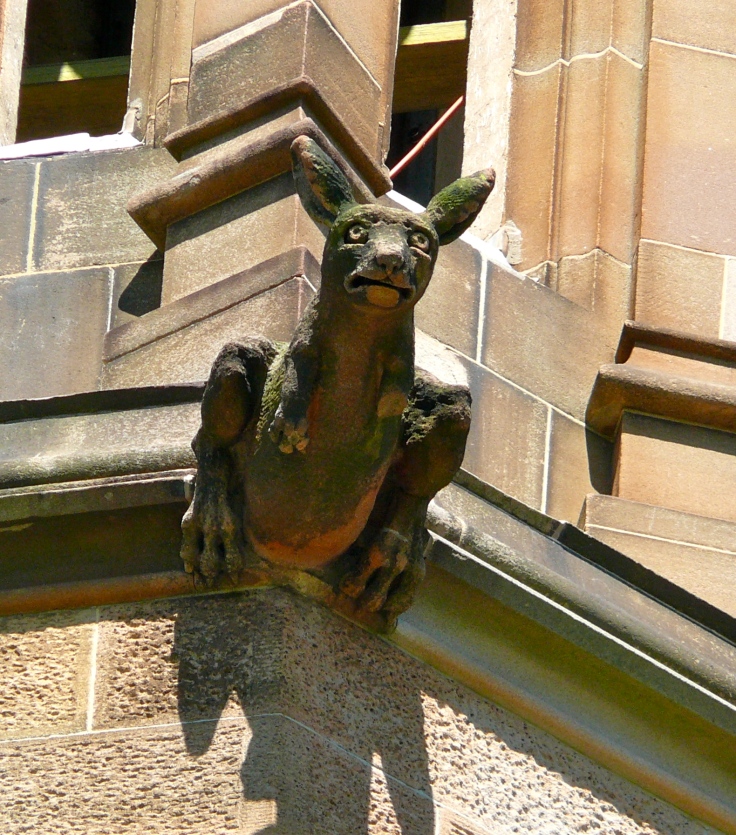 My favourites however, are the ones that look a little demonic, a little creepy, but still sort of cute. Like this guy – 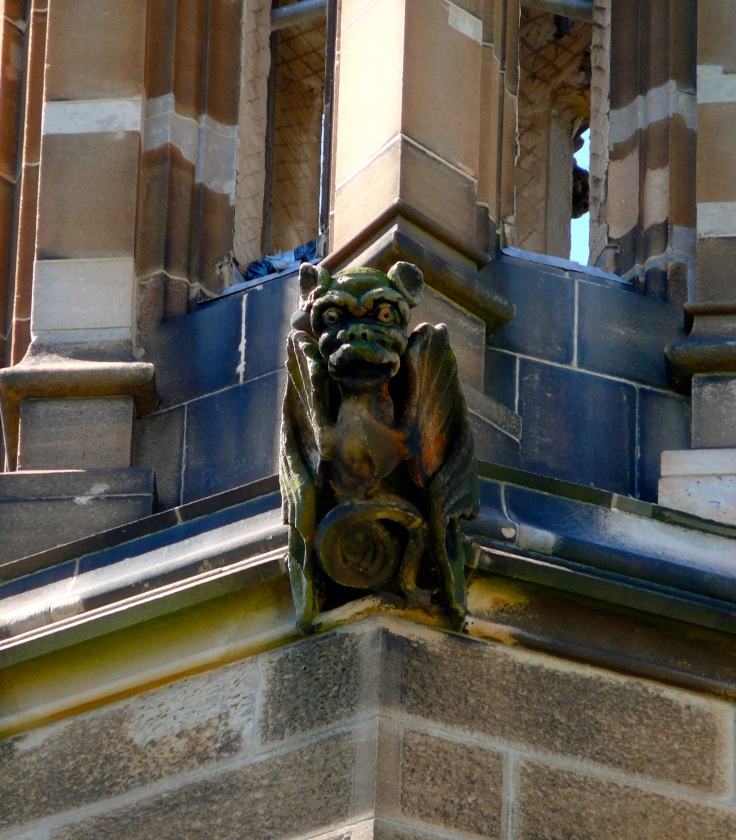 Gargoyles at the University. An aid to higher learning? Or a reminder that even in the venerated halls of intellect everything is not as it seems……..??

37 thoughts on “Gargoyles Of Higher Learning”