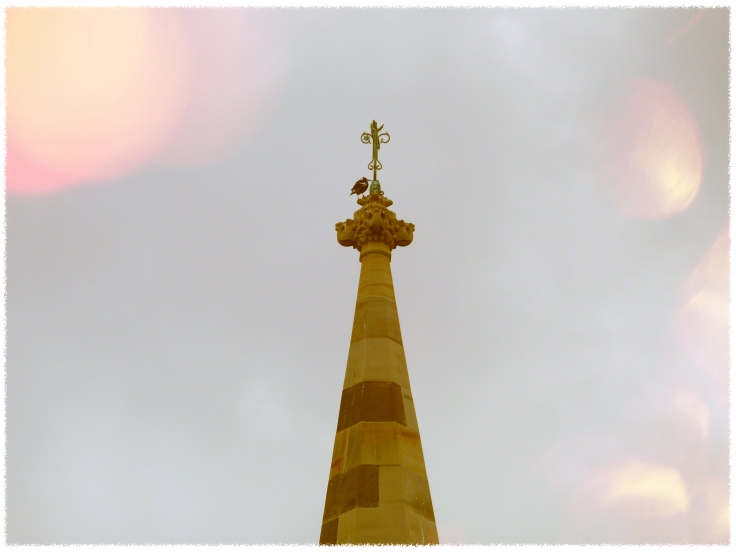 I’m trying to revamp my blog a bit, give it a bit of structure as far as content goes because I have let it slacken off, posting haphazardly about any old random thing. I used to post every single day with lots of anecdotes and stories and now I just seem to be floundering.

So I’m introducing weekly quotes, a day where I discuss a human interest issue, another day where I do a photo essay and another where I try to write some fiction.

Floundering. It leads me to what I want to talk about today – how life can make you flounder.

Bombardment, there’s a word. There’s no misinterpreting the meaning of that word with those ‘b’s and the hard ‘t’ at the end. You know what you’re in for if you’re being bombarded.

Life bombards us sometimes, doesn’t it? With stresses and strains, anxieties, fears for the future; leaving us not only floundering but bewildered as a fish hoisted out of its pond and left flapping in a puddle of increasingly shallow water.

I try to bypass the floundering by focusing on the positive things in my life, but sometimes the things that have caused the floundering put blinkers on my eyes and the good stuff that I know is really out there is all shadowy and murky.

BUT THERE IS ONE SUREFIRE THING THAT ALWAYS WORKS.

That pushes all the bleak stuff out and out and away from the places where it can do harm.

I can’t tell you how or why it works, but it does. It is part plea, part spell, part invocation.

I say to the powers that be:

I’m feeling a tad despairing at the moment. I need a sign, a sign that there is still some good stuff out there.

Sometimes I say it with only the tiniest sense of hope. Sometimes I have to wait for days for a response. But that response, that sign, always comes.

Yesterday there were three signs.

This was the first.

My dear friend Ms_ Karen has had her manuscript accepted. Her novel will be hitting the world soon. Karen inspires me a lot. I give up with writing. I get sick of the process. I hate the editing. She hasn’t given up and that deserves a bit of fistpumping and jumping on the spot. I am thrilled for you, Karen. I wish you every success and so much more.

The second sign was a tiny little note left in the mailbox from my friend Megan, whom I haven’t seen for 6 months.

Such a welcome note. Unexpected, like it was plucked from the air.

The third sign was the photo above. The church spire, resplendent during a brief break in the rainy weather, gently touching the pastel splattered sky; with a magpie, perched, shaking the rain off his wings, looking out over the world, assessing the state of play. How can one not feel hopeful after seeing something like that?

Three signs. Just like three wishes in a way. But better, so much better. I’d rather have three signs any day.