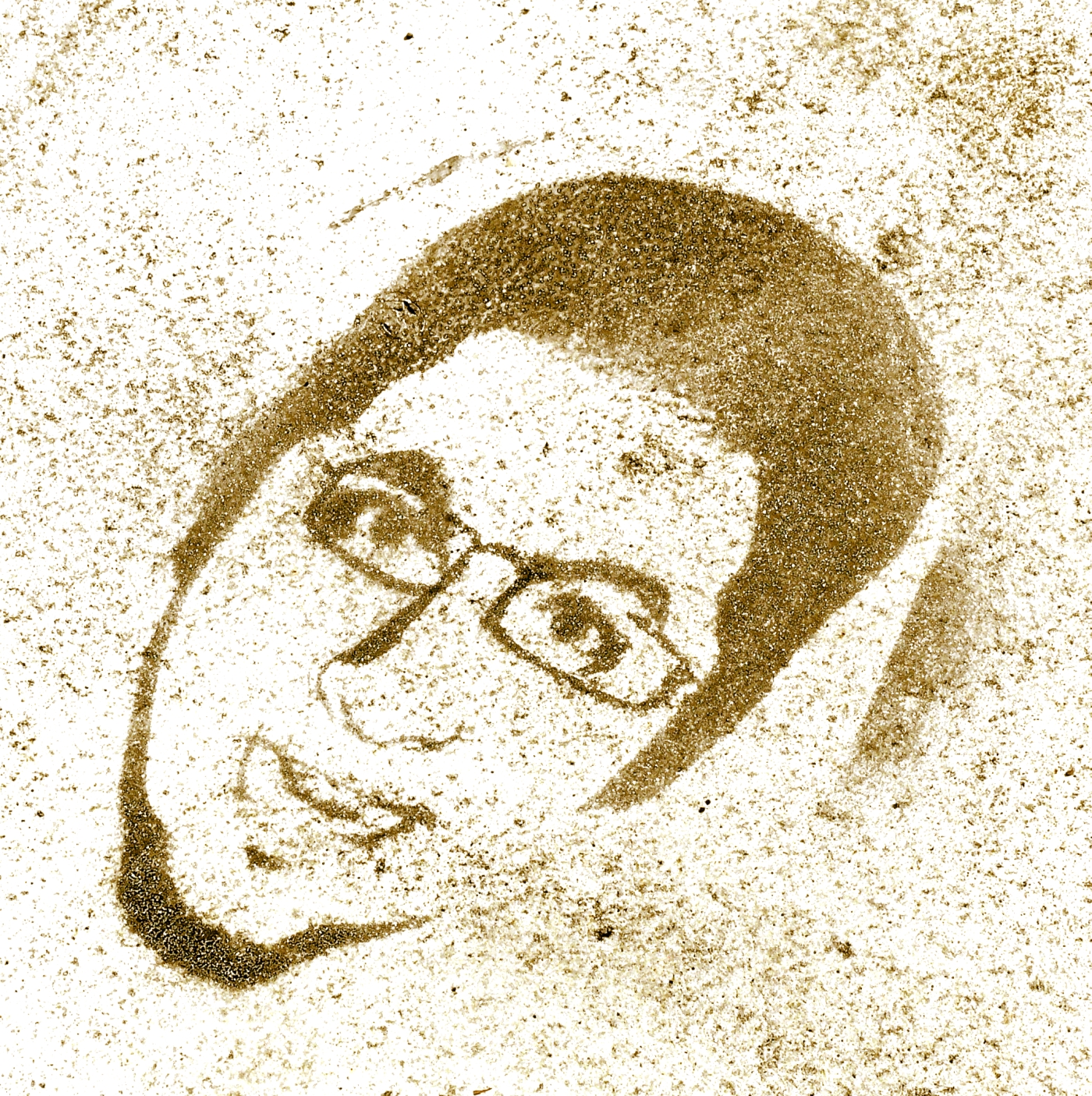 I see lots of things on my walks that give me story ideas. This was a stencil I saw on the footpath that really got me thinking….. 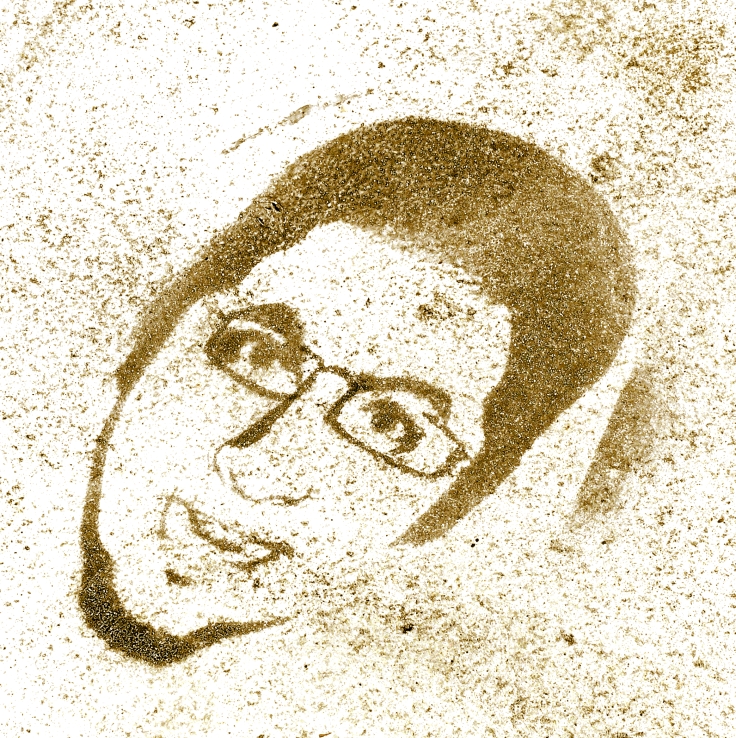 Jason knew Ilona was a witch. First of all, the name was a complete giveaway. Ilona – all otherworldly and sliding off the tongue like an incantation. Second of all, she had bounteous blue black hair, glinting like she’d streaked it with the sky. Thirdly, she told him she was a witch; right to his face.

It was his own fault in a way. Getting hexed. He knew Ilona was like most women in that she had the dealbreaker. Every man on earth knew what the dealbreaker was; even Jason who was not necessarily experienced in these things knew what it was.

Don’t sleep with someone else while you’re in a committed relationship.

Jason had never thought infidelity would be an issue for him, especially when he got involved with Ilona. She was sex on legs, everybody said so, he had no reason to cheat on her whatsoever. If anything, she was likely to be the one to cheat on him because well, NERD ALERT!!  However, he wouldn’t ever have thought he’d have the nerve to cheat on her, mostly because she scared him quite a lot.

Annabel was very pretty. She had a lot of light around her. That was the first thing Jason thought when he saw her taking notes in Mr. Crotty’s office. Mr. Crotty was Jason’s boss and Annabel was his new secretary. Mr. Crotty was alright as far as bosses went, except for an unfortunate adult acne problem which he blamed on unlabelled red food colouring in breakfast cereal. Spotty Crotty, was how Jason and his co-workers referred to their boss.

Spotty Crotty might have looked like the victim of a chemical peel gone wrong but he had an eye for a pretty face. A pretty secretarial face. All of his secretaries looked like they had just stepped off the set of Miss Universe. Some of them even sashayed through the office as if they were walking down the catwalk. Some of them were so pretty you couldn’t look away.

Even though Annabel was bathed in light she had a secret. She didn’t know anything about computers; she didn’t even know how to Cc emails or set up a spreadsheet, let alone understand a cloud-based integrated business management system.

‘I shouldn’t have worn the Bombshell, guaranteed to add two cup sizes push up bra* on the day of the interview,’ Jason overheard Annabel saying to her friend on the phone. ‘My boss didn’t even look at my CV, he just looked at my cleavage. I got the job under false pretenses. I don’t know what I’m doing. I am dead meat. DEAD meat.’

It was at that moment that Jason decided to take Annabel under his wing. He spent his lunch hour teaching her how to create, edit and view documents. She caught on so quickly he offered to relay the basics of document workflow software after work. For the next few weeks over takeaway fried chicken and that Japanese tea containing the bubbles of tapioca, Annabel mastered the pre-configuration of task descriptions, metadata and archive policies.  She might have looked like a Miss Universe contestant, but she was a quick study.

After a few weeks Jason realised he was in love with Annabel. It was a clean, real kind of love, not the kind of love he had for Ilona which always left his stomach churning as if he was about to throw up. But Jason worried about his love for Annabel because deep in his heart he had always known what Ilona was. And he worried what she might do.

Jason developed the habit of waiting for Annabel on the footpath facing the office building. Several times a day he waited, looking around surreptitiously like a secret service agent. He would walk her to the café she ate lunch at, accompany her on errands, or hail her a cab for home. The building where they worked was full of glass. He could see Annabel through the windows, gathering up her stuff, fixing her hair before she got in the lift. It made his heart soar. It felt good to be so in love. After work they got in a cab together, laughing, sharing a joke on Twitter, heading for Annabel’s place.

At 8AM the next morning it seemed like nobody was home back at Jason and Ilona’s house. The house was dark. It was very, very quiet as if there was no one else in the world there but him. Jason opened the front door.  It squeaked a little. Ilona was sitting in a chair at the end of the hallway, black hair framing her face.

Suddenly she was standing in front of him, rearing up, sniffing the air around him. Her eyes, dark and narrow, assessed him.

‘You’ve been out all night,’ she said. ‘I’ve been waiting and waiting. You know I don’t like to wait. I wonder if you’ll tell me the truth about where you’ve been.’

Jason found that he couldn’t stop himself from telling Ilona what had happened. All about Annabel and her lack of knowledge about computers. He even mentioned the bombshell bra.

‘So you cheated on me because of a push up bra?’ Ilona said.

Jason didn’t know what to say. It hadn’t been as simple as that. Ilona was a difficult woman to be with, to please. Annabel was sweet, appreciative. She laughed at his jokes and found his collection of stick it notes and erasers shaped like body parts endearing.

‘I’m going to hex you,’ Ilona said for the second time.

On the day it happened Jason couldn’t shake the feeling he was being watched. He kept catching glimpses of something or someone standing at his shoulder – a thin edge of a silhouette, a murmur in his ear, the brush of something passing by – but when he turned around to face the thing following him there was nothing there.

Ilona hadn’t been at home when he left for work in the morning, so he hadn’t been able to talk to her about the Annabel situation. In spite of his fear of her, Jason was surprised to find he didn’t care as much about what Ilona thought any more. He was surprised to find Annabel was the main one in his thoughts. People fell in and out of love all the time. Ilona would just have to deal with it.

At lunchtime he stood in his favourite spot on the footpath watching over and waiting for his love. He saw her, replacing the toner in the fax machine, hair ablaze with sunlight. She applied lip gloss, checked her phone then headed for the lift.

Jason began to feel it as the lift reached the ground floor. A pressure on his shoulders as if he was being pushed downward. A loss of equlibrium, a sensation that he was about to fall. His stomach was churning over and over. He felt something cold brush the back of his neck.

‘Goodbye, lover,’ a voice whispered in his ear. ‘Now you can watch over her forever.’ It was Ilona’s voice, deathly cold. He turned and saw a length of blue black hair disappear into the traffic.

As Annabel left the building he began to fall. It happened quickly, the ground opening, pulling him down, its grip so firm he couldn’t release himself; crying out, screaming, terrified as he sank further and further beneath the ground.

It was over as quickly as it started. Jason found himself in the dark, looking up, sealed in. He could see the street and the feet of the people, he could hear their voices. He banged on the mound of rock above him but no one looked down.

Annabel came out, looking for him. He saw the length of her beautiful long legs, he could hear her, he could smell her, he called out to her, but she heard nothing. After ten minutes she walked away.

A little boy came by, skipping along the footpath. He stopped at the point where Jason had been pulled under. ‘Look, Mummy,’ he said. ‘There’s a man’s face on the footpath. Somebody’s done a drawing there.’

‘Yes, dear, ‘ his tired mother said, ‘People are always drawing on the footpath and on buildings. It’s very naughty. Don’t you ever do it.’

‘I won’t, Mummy,’ said the little boy. He took one last look at Jason’s face etched on the footpath, then skipped off.

‘Come back,’ Jason shouted. ‘Come back.’ But the little boy was gone. Jason sat in his hole, watching, waiting, as the feet of passers by scuffed the city streets. He wondered how long it would be before Annabel came back – if she would ever come back; if she would see him or hear him again. His heart ached. He was trapped. All he wanted was to see his Annabel again. He didn’t know how he could bear it, it was torment to be so in love and so underground.

* The Bombshell is an actual type of Bra put out by Victoria’s Secret. I couldn’t resist putting it in the story.

18 thoughts on “Face On The Footpath”