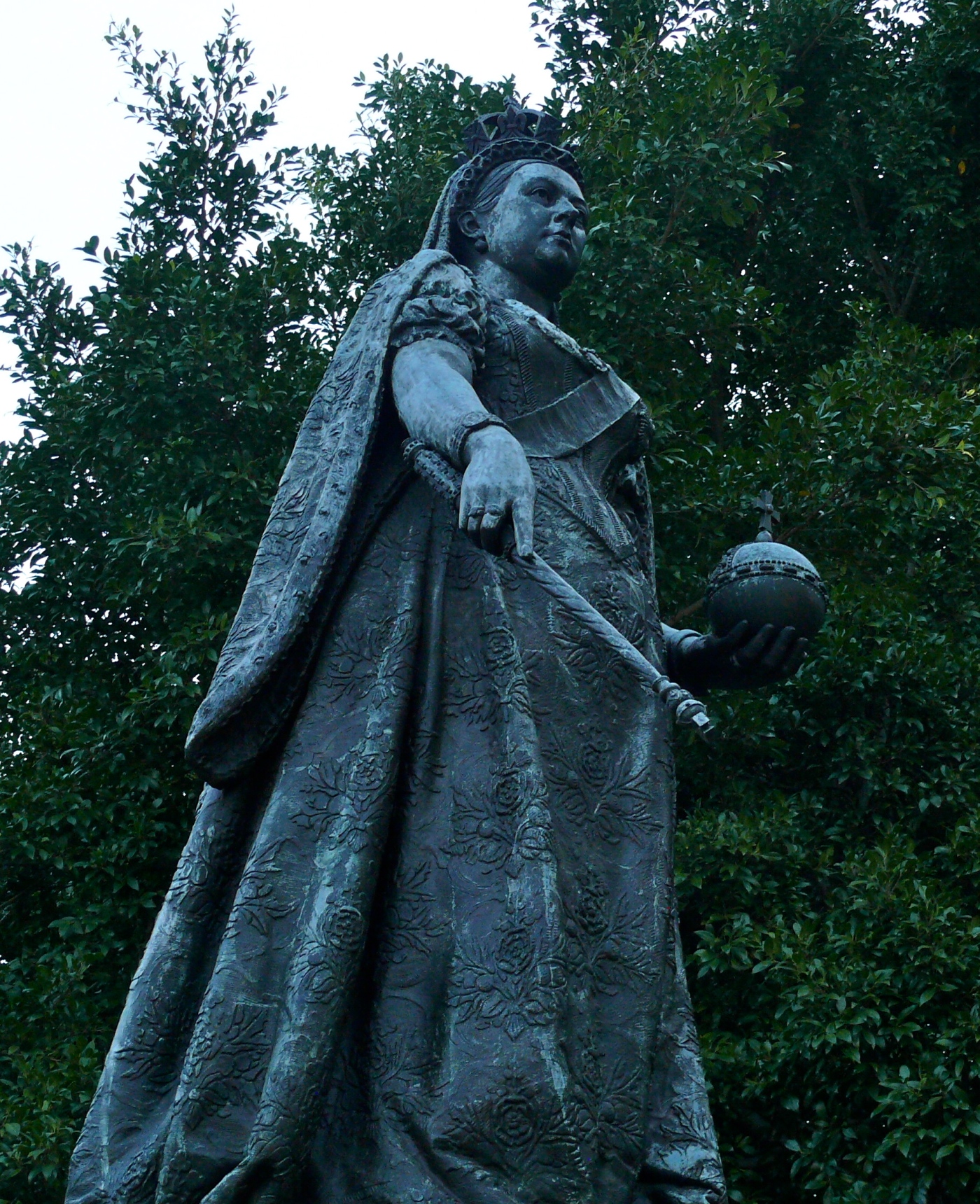 This is a statue of Queen Victoria in Hyde Park. We have quite a few statues of her in Sydney….she is quite revered in this neck of the woods. What I love about this statue is the incredible detail on her gown – the patterns and the folds of it. It looks like a real garment.

I took this photo a couple of months ago and got talking to a guy in the park as I was snapping away. Even though the guy was very well dressed and beautifully groomed he turned out to be a homeless guy who slept regularly in the park. He loved the statues and the fountains and the trees, telling me the history of every one. He was so knowledgeable he should have been a tour guide.

I asked him if he slept curled up next to one of the statues for a bit of added protection from the elements and he answered with a resounding: NO!

Why not? I asked.

Because they come to life at night, he replied.

What comes to life at night? I asked, not quite following his line of thought.

The statues, he replied.

He put his finger on his lips, mimicking a SHHHHSHHing sound, looking at the statues with a touch of reverence and fear. They move around, he said, You never know where they’re going to end up.

I know what you’re thinking now – NUTTER….ABSOLUTE NUTTER. You’re hoping I took that as my cue to get the hell out of there, aren’t you? Well, I did make a very polite exit but what he said to me got me thinking. It got me thinking of stuff I used to believe when I was a kid like my dolls coming to life at night and sitting on my dressing table using my hairbrush and putting on my bracelets. And the garden gnomes my Aunt Jo had in her garden having tea parties every night by the light of the moon. And my much loved teddy bear, Big Arthur, plopping himself on the couch in the living room at night to watch his favourite TV shows.

So really, if a homeless guy who lives in Hyde Park wants to believe the statues there come alive at night does it really matter? Does it mean he needs to see a psychiatrist or get on some medication? Does it mean he should be avoided at all costs?

Maybe the truth is that living out in the wildness of the world he knows something we all don’t. Maybe he’s more in touch with what is real than those of us living in our comfortable homes with the breadth of our lives mapped out every second. Maybe he knows that some things do come alive at night, shuffling around in the space where time and space converge, and that the magic we all know and love is actually still out there.

30 thoughts on “They Come To Life At Night”