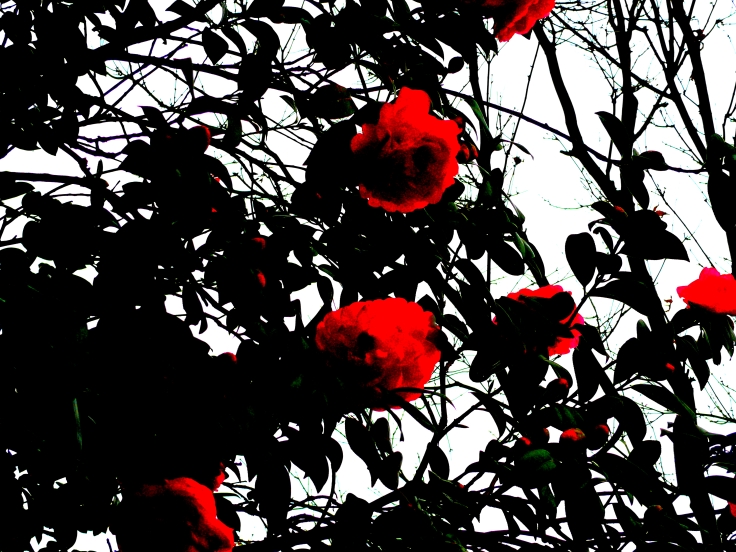 I wasn’t going to tell you about this because I wanted the start of the year to be positive and focusing on up subjects but I saw something on New Year’s Eve that has been plaguing me a bit.

I popped out to get some potato chips about 10.30PM and saw a terrible road accident. The roads were really busy and I had to do quite a bit of defensive driving. It was obvious most of the drivers had been drinking and were still set on driving.

Down on Parramatta Road as it nears the hospital a young motorcyclist had been hit by an equally young driver (on his P-plates.) The P-plater was so drunk he could barely stand up. There was glass and blood and bent fenders everywhere.

I think the motorcyclist was dead. There was a lot of blood around his head and he wasn’t moving. A lot of blood. A young girl whom I assume was the passenger of the P-plater had sunk onto the ground in grief. She was holding a sparkly party hat and one of those paper tooters that go in and out when you blow into them. I have never seen anyone shaking so much. I feared for her she was shaking so much.

I caught the eye of one of the female police officers moving the traffic along and her face was dead white. I won’t ever forget her expression… a mixture of sorrow, horror and anger that this kind of thing should still be happening with drinking and driving. There are so many ad campaigns and education programs out there regarding the evils of drinking and driving. It is drummed into all of us. Yet why do so many people think they are immune from the dangers of it?

There you are driving along, all excited about the New Year’s party you’re going to. You have a brand new motorbike you’re going to show your mates. And then some drunk little 18 year old who’s had his licence for 2 weeks takes you out at the intersection and it’s all over. In an instant.

It’s true what they say about appreciating what we have and giving thanks every day because you never know what lies around the corner….even from one moment to the next.

Since I saw the accident I have been thinking about the motorcyclist. The call his mother would get. The disbelief that would surge through her. The panic. Her New Year would be marked by that incident every single year from that moment on.

Sadness and hurt and pain…… it’s never far away from us, is it? Even amidst the fireworks and sparkly lights. Hug your loved ones as often as you can. I’m going to from now on. Things can change in an instant. Just like that. There is no escaping it.

32 thoughts on “In An Instant”